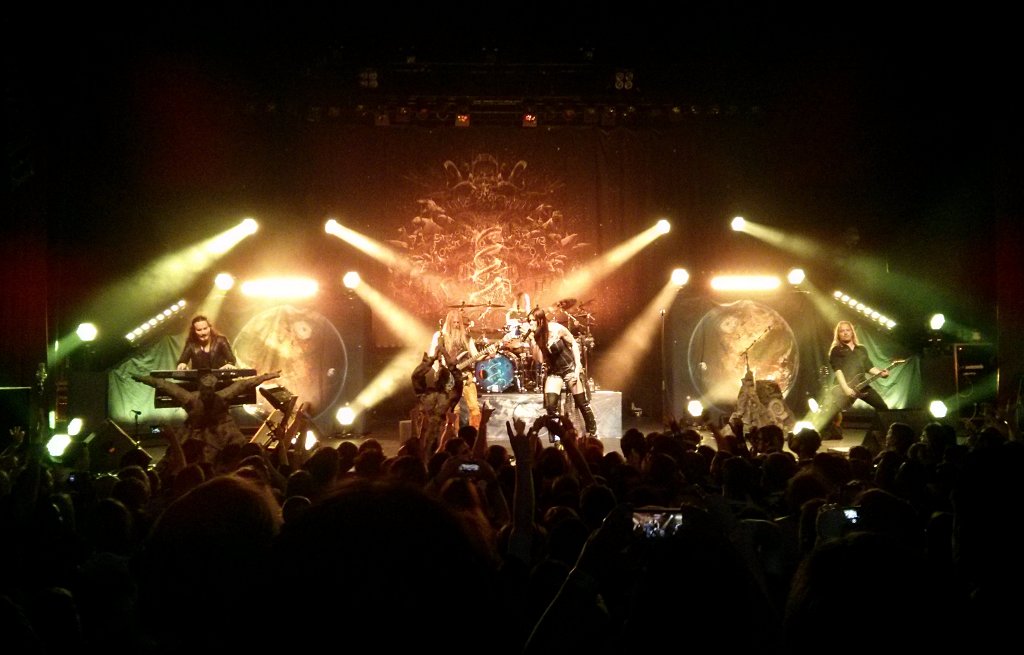 Nightwish has been the soundtrack of my teenage years. I have since drifted away from that kind of music, because I think it reinforces a certain sadness. But when I heard that they were coming to San Francisco, I decided I had to see them live at least once. I'd never been to a concert like this before, partly because I'm cheap, partly because crowd behavior freaks me out, and partly because live songs never attain the perfection of their album versions. But I'm so glad I went! The climax of the evening came for me when they played Sleeping Sun -- an old-time favorite that I hadn't heard in years. I had a Ratatouille moment that brought me back to a particular time in Moldova, when I got up early to run around the lake and watch the sun rise, and I had listened to this song. I discovered that I still knew all the lyrics, and apparently, so did the people around me. Everyone sang along, and the entire room shivered with memories.